Join us for a 60 minute Vinyasa flow (for ALL levels and abilities), fluffy farm animals to love on, and finish up with a full moon meditation by bonfire. Take advantage of the full moon and deepen your intuition and spiritual potential. Class and meditation led by Teresa Brown, 500 RYT yoga instructor and certified Level 6 Life Force Energy Practitioner.

How we got started

Our adventure into having the cutest and fluffiest farm started by accident and has gradually continued to evolve on its own. Our first clue that our farm was going to be fluffy and adorable, and maybe not the more practical kind of operation should have been the adorable fluffy bunnies we inherited. They were left behind here by the previous owner and looked to be domesticated rabbits that roamed about the farm and the surrounding area on their own. Ryan, being the animal lover that he is, insisted they needed to be fed and watered since they clearly were not wild rabbits and must have been relying on human intervention before. 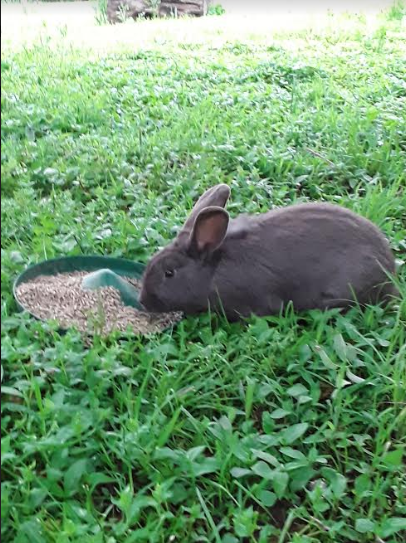 Our next venture into fluffy animals, was once again through default. I woke up on a Saturday morning and told Ryan we needed to get some chickens so we could have farm fresh eggs, as I was concerned about how the lock down was going to affect the food supply, and long term I wanted to be more self-sufficient at providing ourselves with locally-sourced food. At that point the only animals we had on the farm were the “wild” rabbits, which were clearly never going to be part of our food supply. Apparently I was not alone in my thinking about getting chickens, as by the time we got to the farm store around 10:00 am, every single baby chick was sold out except for one flock of 9 baby Bantams. When chickens are babies they all look the same to me, so they looked to me just like regular chickens, albeit smaller. Well fast forward to them getting their feathers in and we might have ended up with the fluffiest and most adorable chickens ever. Turns out they were Cochin chickens, a type of Chinese show chicken, known for their bell bottom like feathers on their legs and feet. The biggest surprise though was just how full of personality they are! I will share some videos of them interacting with Ryan and, man, do they love their human. 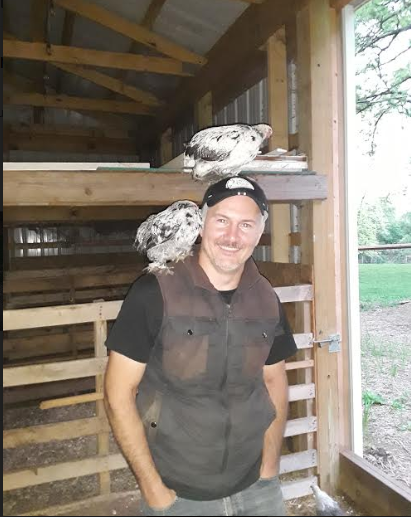 Ryan with the two roosters, Flufficus Maximus and Leslie

Next up, well plants. Not where you thought this was headed huh? Stay with me. Back to my desire for locally sourced food and Ryan’s desire to make his own wine and we ended up discussing planting some vineyards. *Sidenote, Ryan did humor me and plant several fruit trees, so it’s not just all about the wine, but I mean, it’s mostly about the wine*.  As we have a very small operation, we started discussing how we could maximimze the space to grow as many vines as possible. One of the problems with maximizing the space is needing enough room to be able to mow and weed-eat in between the rows. Enter the fluffiest and cutest solution you’ve ever seen, Olde English Babydoll Southdown sheep.  These sheep make awesome organic weeders and have been used with success here in local vineyards. They’re awesome since they don’t harm the plants, or the fruit on the plants, and as an added bonus not only do they leave the grounds well groomed, they  fertilize the soil as they graze. 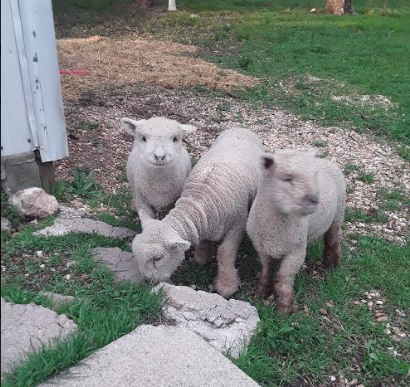 Get 10% off your first order when you sign up for our email newsletter!